Today’s culture encourages a much more relative set of values – a sort of if-it-helps-you-succeed-it’s-okay mindset. While that’s not absolute, it’s enough to be incredibly dangerous. The definition of success can become warped, with an emphasis on short-term financial success at the exclusion of the long-term impact. The victims often include careers, families, relationships, communities and even people’s physical health.

When we look at the stories of respected business leaders who are suddenly under investigation for fraud or other unethical behavior, what we see are the inevitable results of a long series of poor choices. These downfalls don’t manifest overnight. They start with what may seem like one small “harmless” indiscretion that opens the door for a damaging flood of wrong choices.

Proverbs 10:9 says, “Whoever walks in integrity walks securely, but whoever takes crooked paths will be found out.” Ask Bernie Madoff. He’s serving a 150-year sentence after being convicted of 11 counts of fraud, money laundering, perjury and theft.

While most of us will never take our indiscretions to this extreme, we still need to take extreme care in protecting our integrity. How do we do it? Daniel teaches us some valuable lessons.

Each one of Daniel’s bosses over many years found him to have “an excellent spirit within him.” When we commit to our growth in Christ, others will take notice. Not only will we see the fruits of that excellence in our own lives, but even more, we will influence others to develop themselves into leaders of integrity and excellence.

Equip yourself with more biblical leadership principles from Daniel. Join or start a study on Raise the Bar on Integrity. 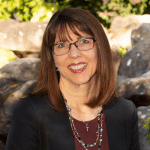