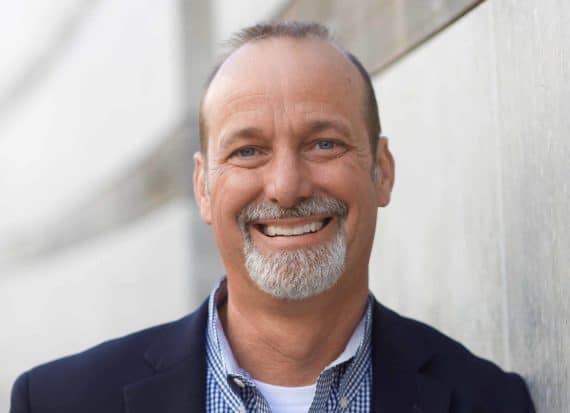 I started as Director of Development on August 1st, 2017.

Always a story teller, God used the arts to instill in me a passion for people, learning and innovating. Licensed to ministry at the age of seventeen, I attended Oklahoma Baptist University where I would eventually follow a career path in theater, film and television production. After seventeen years in Los Angeles, we left to start anew in Northwest Arkansas. New Creature welcomed me to Arkansas, and we embarked on wild ride in supply chain logistics, shopper marketing, and point of purchase display production. In 2008, my career path would take another unexpected turn. Non-profit development began at John Brown University and continues to this day. It is a joy and an honor to work with donors who have a vision.

My faith is summed up in the five Solas: Sola Gratia, Sola Fida, Sola Christus, Sola Scriptura, Soli Deo Gloria. Through grace alone, by faith alone, in Christ alone, by the Word of God alone to the glory of the Father alone have I been redeemed.

Whatever lake yields me a 10lb. bass.

Most People Don’t Know About Me

I used to work with a Hollywood stunt team.