The Future of Work, with Haydn Shaw

Editor’s Note: This is part of a series of guest posts covering the future of work, representing a variety of perspectives from corporate executives and thought leaders in the faith-and-work space. Our hope is that this collection of different voices will spark new vision as you break through into the next normal.

When it comes to looking ahead at what is next in the world of work, Haydn Shaw has a unique angle to offer on the subject. As a high-level consultant in change management, as well as leading multiple generations (boomers, Gen X’ers, millennials and Gen Z) in the modern office, Hayden would tell you that all generations have different, and often conflicting, needs and wants from the workplace. Shaw’s credentials qualify him to speak into this space as his resume is broad and boasts prepping the Joint Chiefs of Staff and helping Fortune 500 companies such as Microsoft and Hilton Hotels, The Atlanta Falcons, World Vision, and other top brands navigate highly complex problems as they look toward the future.

Unique to Shaw’s perspective is that he is also a licensed minister and has incredible insight on the intersection of work and faith in a rapidly changing world. As we sit down to discuss the modern workspace I realize there is one question everyone is discussing in 2020.

Is the office as we know it dead?

Shaw: Offices are NOT done! Although discussing that idea makes great clickbait headlines on social media. They are not done because studies show only half of people prefer to work from home.

The virus has created a much greater openness, especially in older generations, but there’s quite a bit of Zoom fatigue. I was just on the phone today with a woman who joked that she has an office on one side of the house, while her husband has one on the other so that they can stay happily married. Working from home with young children is simply not a workable solution, unless there are no other options. Organizations have been trying to replace the office space for 10 years before COVID hit. It is a major initiative in the federal government. But many, many people prefer working in a traditional office environment.

I refer to the near-normal and the new normal. We are not yet sure what the new normal looks like. The new normal is about the long term, about what will change after a vaccine is developed and/or herd immunity is achieved. The “new normal” assumes both of these will happen. So what we are discussing is “near-normal.” Organizations have already restructured their work environments, alternating shifts or spacing out people. One of the big challenges currently is balancing the mental health for people who are struggling at home with the irony of coming into the workplace and then working at separate spaces and being on Zoom calls with co-workers who are physically a few feet away. Ironically, there are those who work at companies that want everyone back, even when people are uncomfortable coming back, and they have lost employees over it.

So within the scope of “near-normal” What is the upside (and downside) of remote work.

The upside of remote work is that people get more done, although a percentage of folks do find it difficult to motivate themselves when they are not in a traditional office setting. Many people who have never done remote work before the pandemic have been surprised at how much more productive they are, and how much more free time they have after cutting out the commute and other office space time sucks.

Many people who have never done remote work before the pandemic have been surprised at how much more productive they are, and how much more free time they have after cutting out the commute and other office space time sucks. Click To Tweet

The downside of remote work is that it is harder to lead effectively because so much of leadership comes from the casual interactions. Most managers don’t know how to reproduce remotely what happens naturally with the team when they are together in the office. Many leaders just don’t think that way. We’ve been in the “near-normal” for just five to six months now and many are just beginning to hone this new leadership skill. Remote leadership is not a natural skill to many people. One must literally translate into the virtual space how and what they do while physically leading and be far more systematic with it. I was just working with a client two weeks ago who said that virtual leadership is so much more time-consuming and stressful for managers. A lot of management can happen more conversationally and casually in the physical workplace and can be handled with in a span of five seconds. But virtually, these same situations have to be formalized into one-on-ones.

Remote leadership is not a natural skill to many people. One must literally translate into the virtual space how and what they do while physically leading and be far more systematic with it. Click To Tweet

Another downside to remote work is that there is some research and thinking that innovation doesn’t happen nearly as easily unless people have some form of physical contact. So there are worries that innovation will decline without the kind of energy that happens when people are socially connected.

And finally, another downside is that in some classes I taught people were able to select what form of self-care they are struggling with the most. The social dimension was by far the most selected. So people are kind of over the quarantine. The isolation is a struggle, the social aspects of quarantine are a struggle, because people often find that the office space is one of the few places where they can have a greater social connection.

So the “near-normal” environment we find ourselves working in makes it glaringly obvious that connection is desperately needed during this time. How has the landscape of business mentorship changed in this season and for younger generations?

Ironic that you asked that because I was working with the organization for the state of Tennessee a couple of weeks ago and they were asking a similar kind of question. People want mentoring. They want connection. They want some help because people are feeling challenged. Over 40% of people are showing signs of mental and emotional stress and greater mental challenges. So, the fact that people are wondering what to do means that people want and need mentoring more than ever before. While I’m not a full-time minister, I still did the wedding for my son’s best friend. We had to do our premarital sessions virtually. It was not ideal, but it was easy and effective. And so mentoring must be flexible in this season as well. Mentoring is a bit more of being available for questions and less of a preprogrammed process when it’s at its most perfect. It becomes more like feedback for younger generations. Mentoring is not so much sitting down to a 30-minute session as much as it is just being available to answer a quick call. It is not a blog post as much as it is a tweet. Shorter, faster, and more in the moment.

Mentoring is not so much sitting down to a 30-minute session as much as it is just being available to answer a quick call. Click To Tweet

You’ve done a lot of work specifically speaking to generations within the workplace. What’s your take on that with in the virtual workspace?

Recently there was an interesting survey about the boomers which showed that they spend 30% of their time utilizing email and millennials spend over 60% of their time at work using email, sending and receiving email messages, and that was before this remote work hit, so there were already generational differences. Ironically, younger generations are finding the work remote work to be especially difficult.

From local news features to the CDC we’ve all heard 20- to 29-year-olds get taken to task for not staying home during the pandemic. With the average age of marriage being 28 for women and 30 for men, work is a major point of social connection for millennials. But even so, the design and set-up of work is often more difficult for younger people. At my stage of life, I’ve got a home with a dedicated office. But not as many people have that kind of space and it is not uncommon for multiple people to live in the same studio apartment. And with 24-hours now spent at home most days, remote work has been harder for people in their 20s than it has been for older generations.

It is not uncommon for multiple people to live in the same studio apartment. And with 24-hours now spent at home most days, remote work has been harder for people in their 20s than it has been for older generations. Click To Tweet

What unique opportunities exist for Christians to minister to the workplace in this changing world?

The number of people who are doing internet searches for prayer is up considerably. As people are disconnected, those working to create connections have a greater influence.

If we want to make impact on people, we need to work in the near normal. And in the in the new normal, there will definitely be more remote opportunities and extra space for people who just check in and who are friendly. Those who care to start these kinds of conversations demonstrate love and bring light into the midst of what for some people is the darkest year they’ve had.

Haydn Shaw is the author of Sticking Points: How to Get 5 Generations Working Together in the 12 Places They Come Apart. The second edition releases October 6th. Shaw is also the author of Generational IQ: Christianity Isn’t Dying, Millennials Aren’t the Problem, and the Future Is Bright. 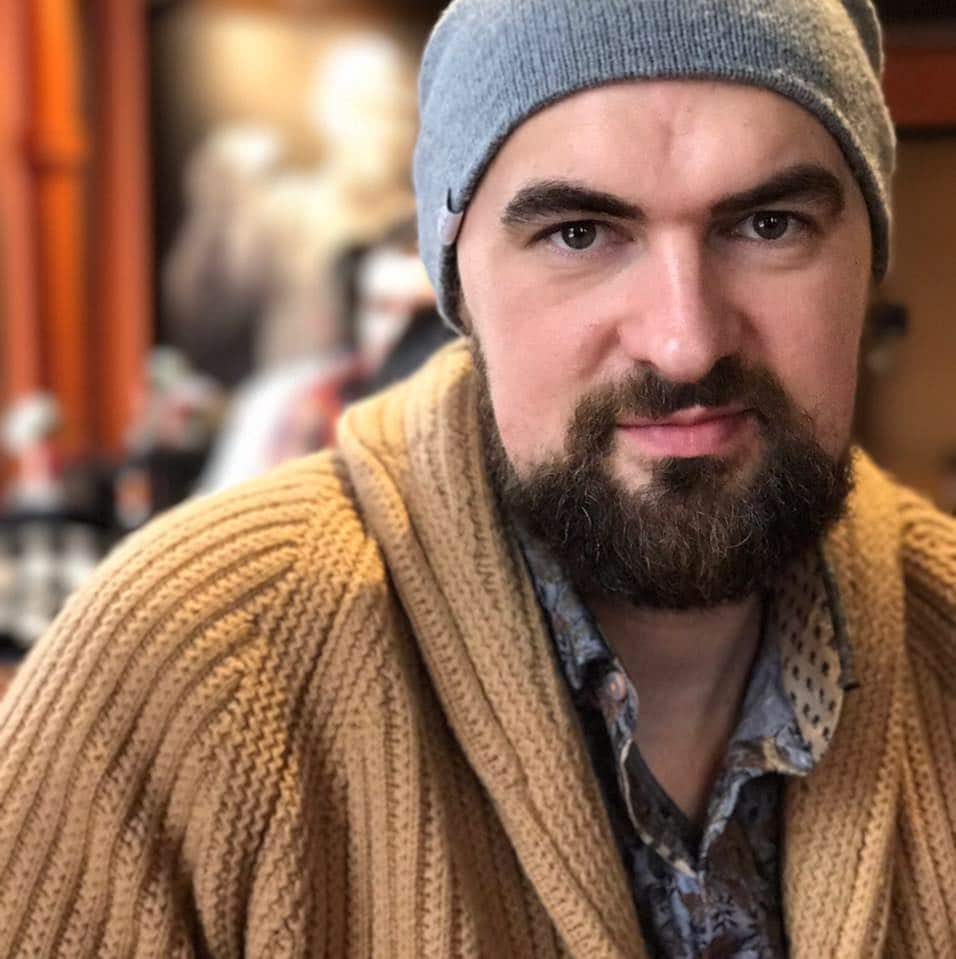 Seth Tower Hurd cut his teeth in Chicago radio, TV and journalism before switching to the business world. He currently creates digital strategies for Fortune 100 brands and consults with startups. Seth enjoys life in St. Louis, MO with his wife and daughter. 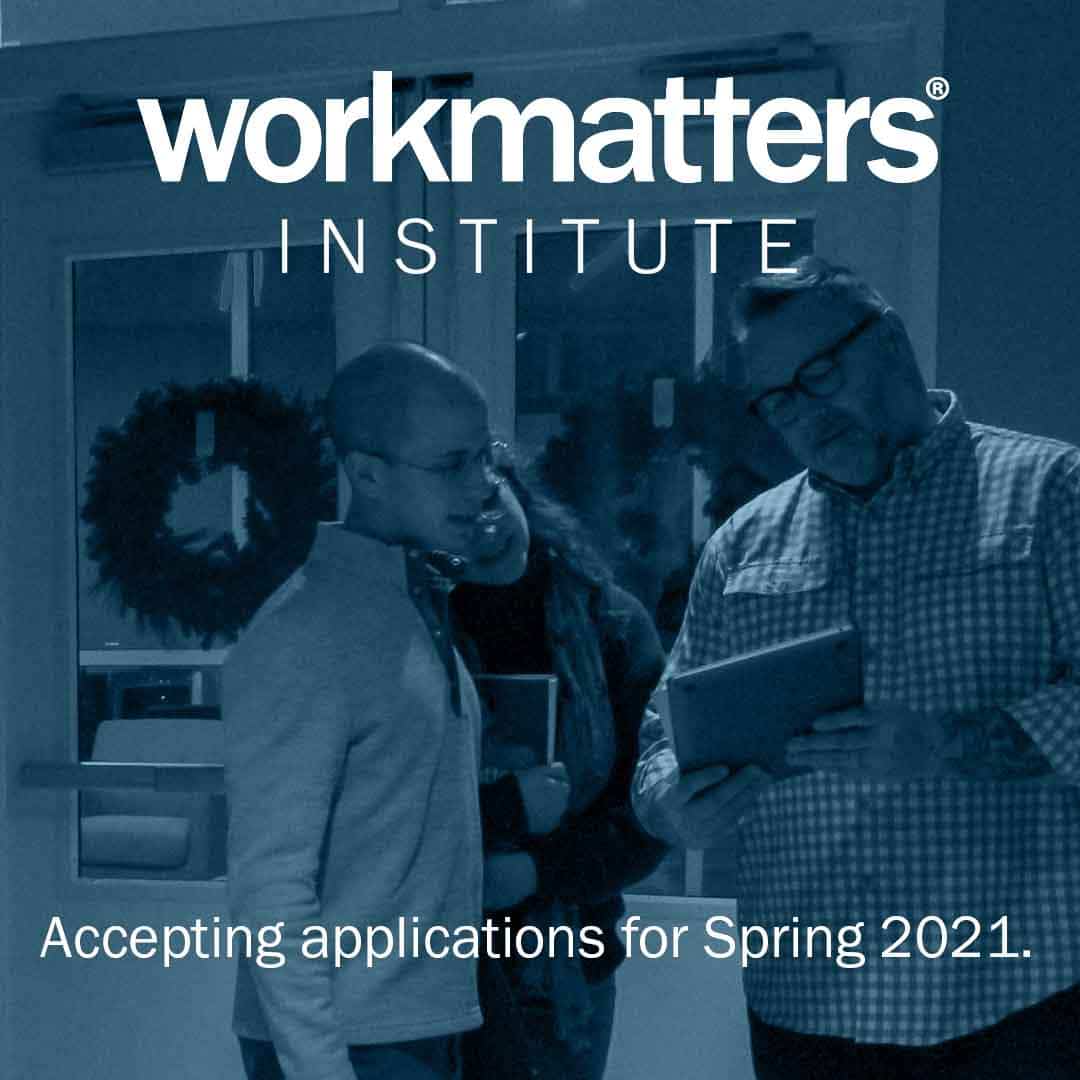 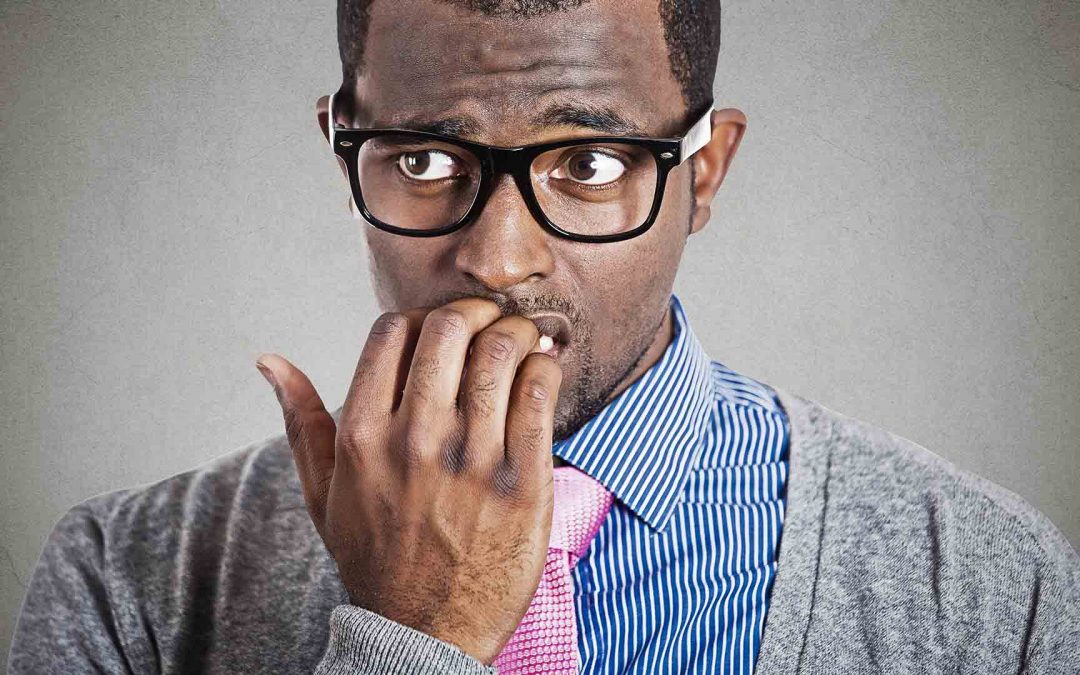 If you get a churning feeling in your stomach or go out of your way to avoid sharing your faith at work, it’s worth it to ask yourself why.

END_OF_DOCUMENT_TOKEN_TO_BE_REPLACED 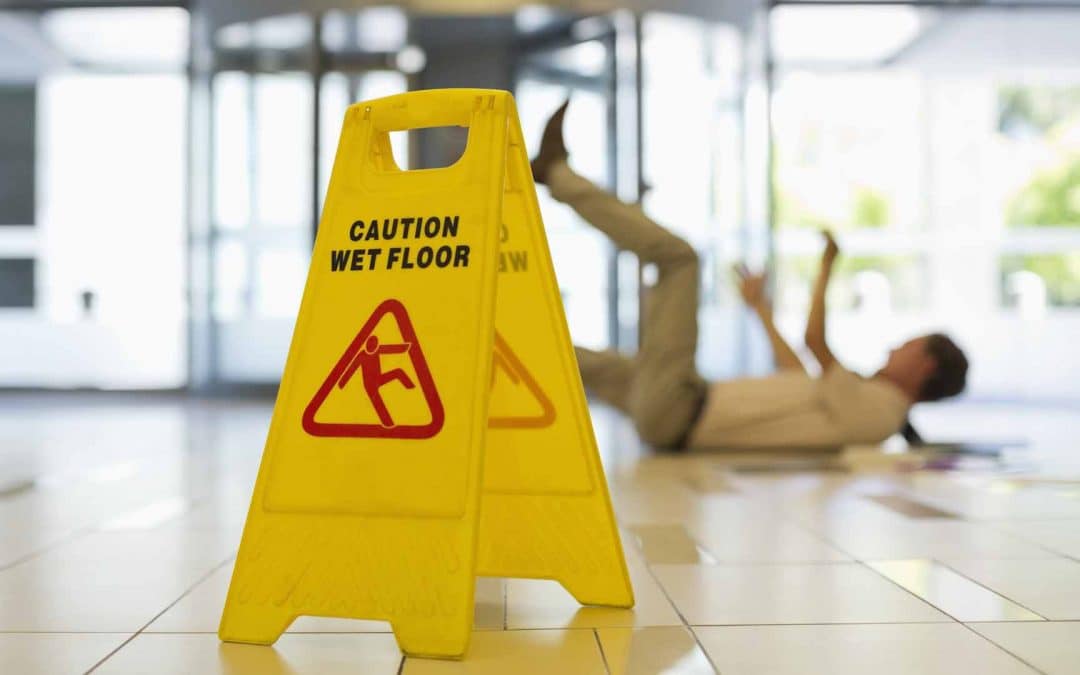 Listening and empathy are greatly underestimated skills that most of us can grow into, and key when sharing our faith with a coworker or next-door neighbor.

END_OF_DOCUMENT_TOKEN_TO_BE_REPLACED 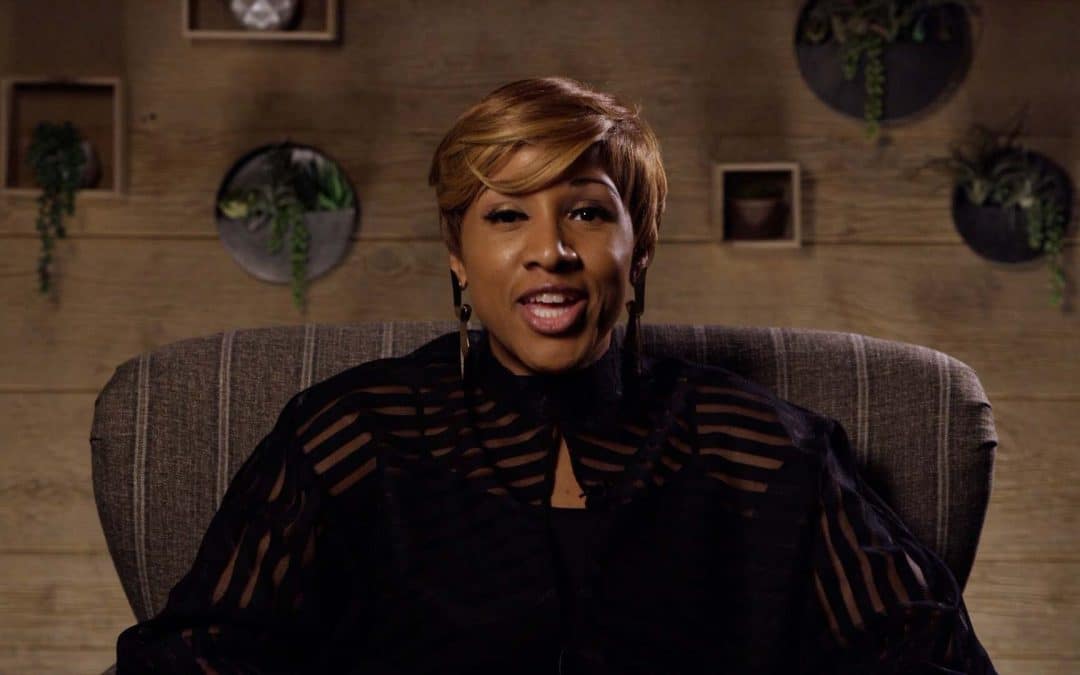 The Value of Innovation

Nona Jones challenges us to see innovation within the shifts in efficiency and impact—because true innovation can only be as good as the impact it creates.

END_OF_DOCUMENT_TOKEN_TO_BE_REPLACED 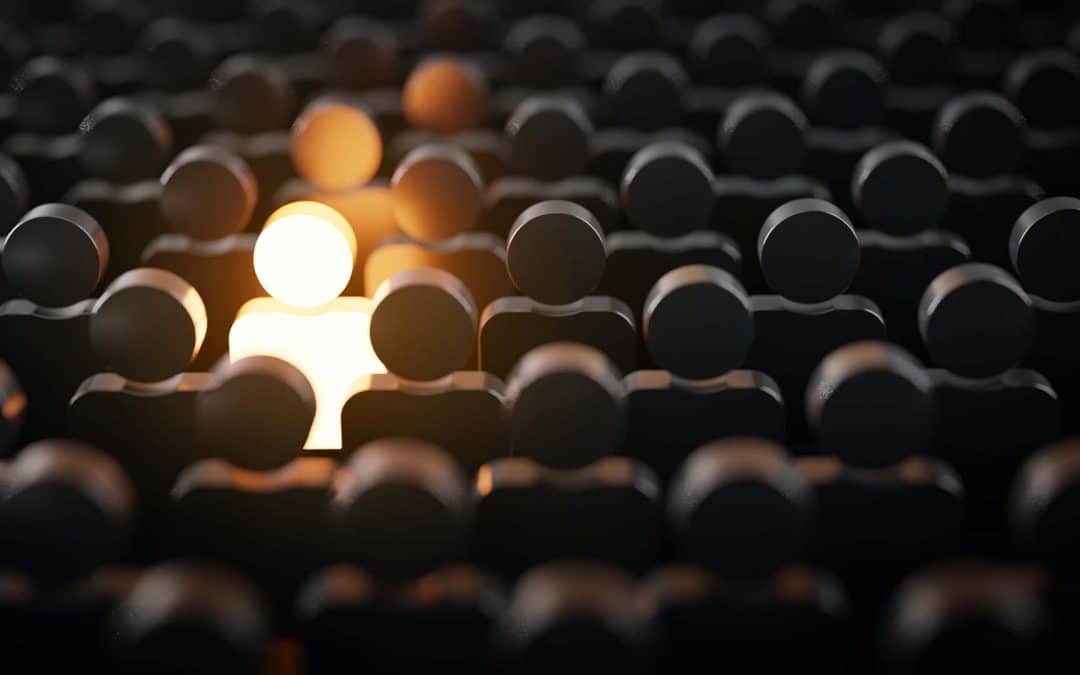 As Christians, we need to step outside our own experience and what is culturally comfortable to put ourselves in the shoes of people we label as “other.”

END_OF_DOCUMENT_TOKEN_TO_BE_REPLACED 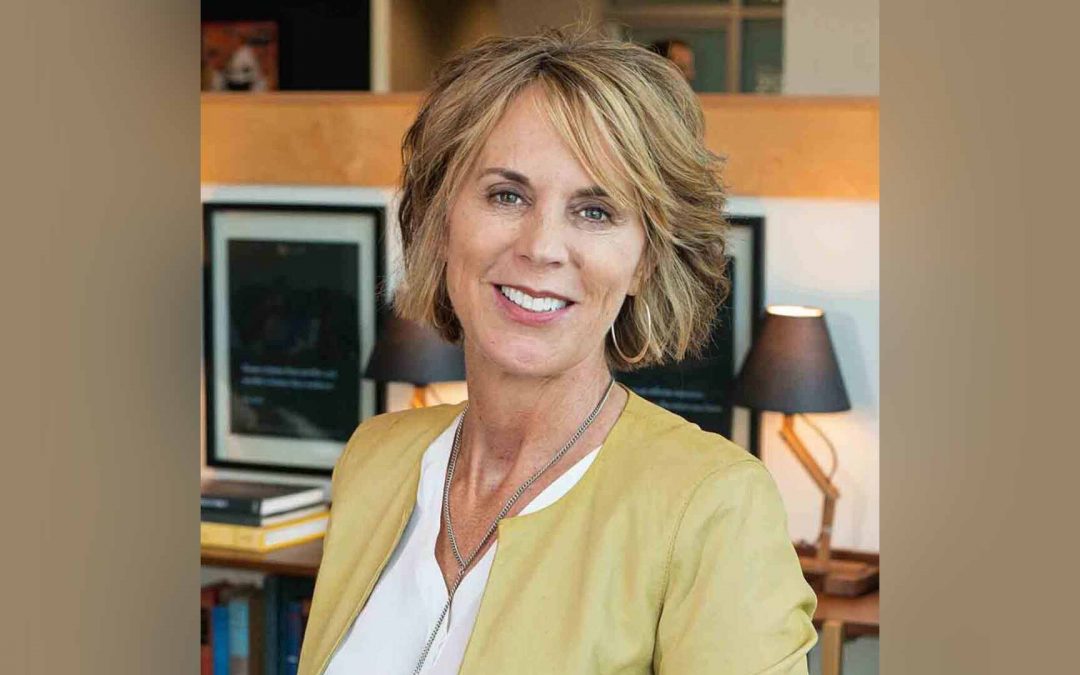 Elise Mitchell, CEO and leadership expert, will be leading participants through an interactive workshop experience at the 2020 Workmatters Conference.