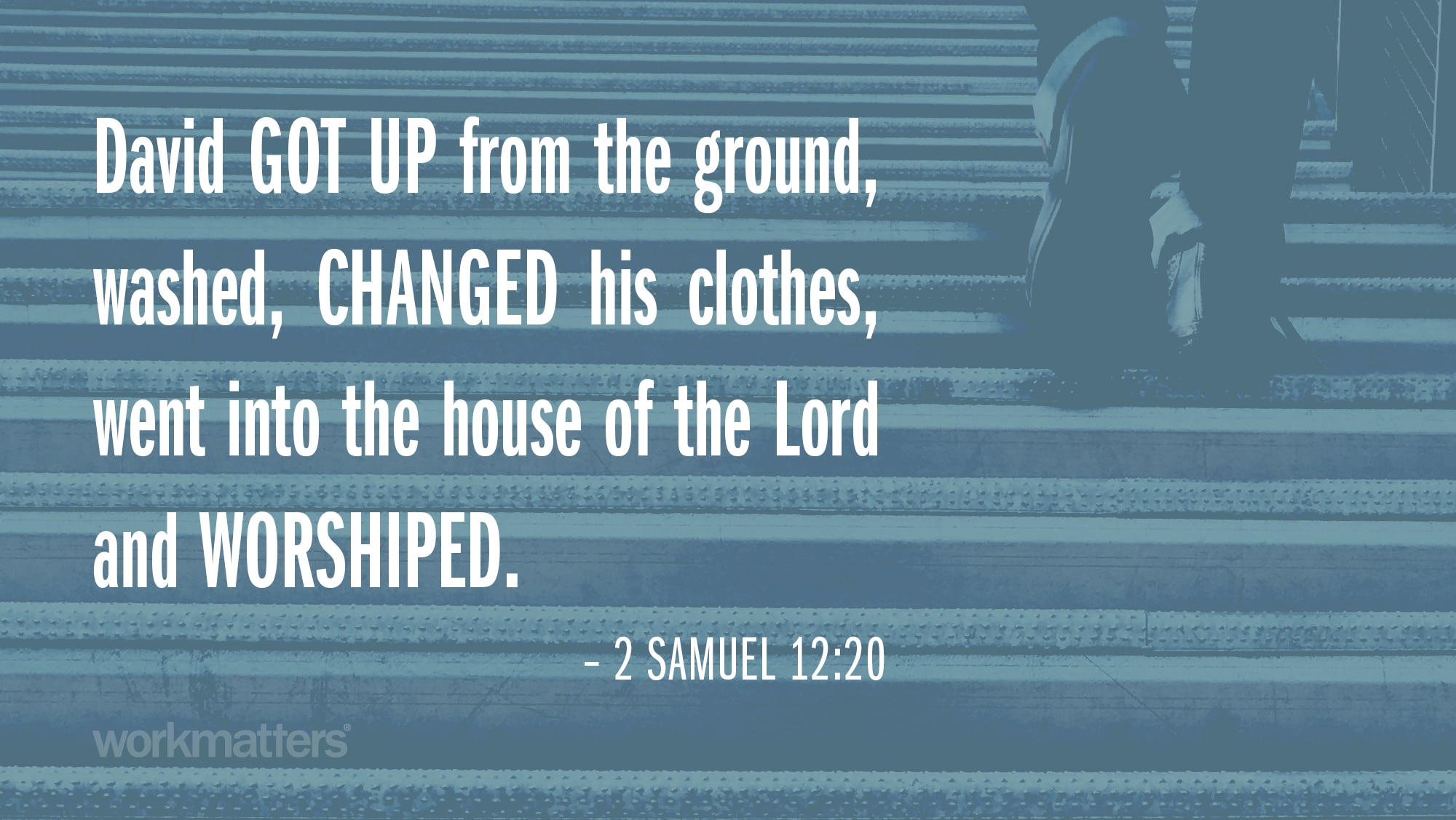 When God doesn’t deliver, and failure breaks you, the thought of getting up again … well, it can be crippling. Failure in any part of life impacts all parts of life, and that includes work.

In 2 Samuel 12, David deals with the consequences of a horrible sin he thought he had covered up. He fasted, he prayed – begging God to step in – and refused the well-meaning advice of anyone who told him to do otherwise.

Not everyone in the workplace has experienced failure of biblical proportion like David. But we all know failure to one degree or another. When dealing with the consequences of our shortcomings, prayer and fasting are necessities. But when God’s answer is “no” or “not yet,” there’s a valuable lesson to be learned from David’s response.

“David got up from the ground. After he had washed, put on lotions and changed his clothes, he went into the house of the Lord and worshiped. Then he went to his own house […] and he ate” (2 Samuel 12:20).

When failure finds you, and you’re left to deal with the fallout, plead with God in prayer, seek Him in Scripture. But know when it’s time to get up. Get back to work, lean into community, and give it your best.

Things won’t be the same – they can’t be. But moving forward doesn’t have to mean moving on. You know more now. And you’re better prepared to recognize and address the warning signs early on.