Working for an Audience of One: Serving at Work Even if You Won’t Get the Credit

It’s one thing to say you want to serve at work. But what if nobody notices – is it still worth it?

I have a friend in the military – Chris. The military is an incredibly complex organization. Legislative changes and government budget decisions have ripple effects throughout every aspect of the armed forces, and implementing those changes can be complicated and confusing. Maybe you can relate.

Recently, Chris anticipated a change coming down and figured out how his department could be better prepared and preempt any potential issues.

Sounds simple enough – but the potential problem wouldn’t materialize for another 6-8 months, and Chris is getting promoted into a new role in a new department in 1 month. The issue wasn’t on anyone else’s radar; no one else was concerned, let alone asking Chris to work on it.

Here’s his “serve” dilemma: by the time anyone even recognizes that there would have been a problem, Chris would have long been transitioned. In all likelihood no one would know that he anticipated a problem and put in the work to solve it. There is no guarantee that he would benefit in any way from his work; not even the people that benefited from his extra work would know he did it in order to thank him.

It’s one thing to say you want to serve at work. It’s quite another to weigh an extra 2 hours of work a day that nobody is asking you to do and with no guarantee of any benefit back to you versus coasting into your next promotion.

Doing an out-of-the-way good without expectation of return is at the heart of serving at work. And we can do it because we understand who our real boss is and where the real payoff is.

We work for an Audience of One. That means that regardless of our industry, workplace or place in the organization, our primary audience is not the boss, customer, shareholder or anyone in between. It’s God.

“Whatever you do, work at it with all your heart, as working for the Lord, not for man, since you know that you will receive an inheritance from the Lord as a reward. It is the Lord Christ you are serving.” Colossians 3:23-24

If our motive in serving is fueled by political maneuvering, recognition or expectation of return, it will burn out, come up short and will most certainly not please God.

So what did Chris do? He did the extra work, and in the end it turned out that the skillset he had to use in the work will have direct benefit in his next role.

But that’s just icing on the cake. It doesn’t always work that way, and we should never serve because we believe we’re making some deal with God for a short-term benefit. We don’t need that – read the verse again. When you work for an Audience of One, the real boss notices, and he always has a long-term payoff that far surpasses anything we can possibly imagine.

So next time you face a dilemma like Chris – whether on a large scale or not – remind yourself that you work for an Audience of One. He always notices. And in his timing, he always rewards. 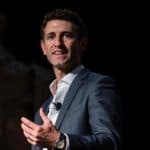